Moroni's Retro Review of The Mission's "God's Own Medicine" 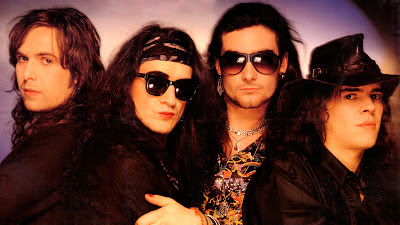 This is another review of a selection of music that I haven't owned since the days when I owned cassettes...

Released in 1986, The Mission's (formerly known as The Mission UK) debut album "God's Own Medicine" was an iconic album for me.

The album starts out with lead singer, Wayne Hussey, spitting out a bitter statement:  "I still believe in God, but God no longer believes in me."

This intro was always significant to me.  Wayne Hussey was raised in Great Britain as a Mormon.  Rumor has it that his parents wanted him to serve a mission for the LDS Church, but instead he formed a rock band and called them The Mission.  (There is also an amusing urban legend that Wayne Hussey met Donny Osmond, and the wholesome Utah singer said, "I've heard of you."  And Hussey answered, "Yeah, I've heard of you, too.  Wanna beer?")

Hussey's intro was significant, because it was evident to me that his Mormon upbringing was an issue that he was struggling with.  He still believed, but doubted in himself.  Also, their lyrics seemed full of Mormonism.  Take "Severina", for example:

As an adult, I read Hussey's lyrics, and I see more Celtic paganism than I do Mormonism.  But their lyrics are still beautiful. 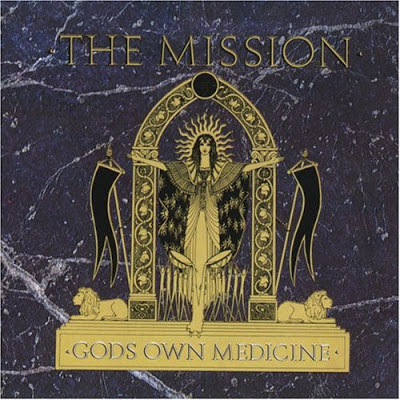 There is no doubt that The Mission had a huge impact on my life back in the '80s.  They seem to be a band that everyone seems to have forgotten, and yet I remember a time when many goths traded in their black for long hair, boleros, trenchcoats, and paisley.

The Mission started when Wayne Hussey and Craig Adams broke away from gothic pioneers, Sisters of Mercy, and formed their own band.  After their departure, Sisters of Mercy faded away into irrelevance, caught up more in their image than in any substance.  It became evident that the talent was with Hussey and Adams.  Today, I broke  out Sisters of Mercy's first (and only exceptional) album "First, Last and Always", and the influence is undeniable.  Apart from Andrew Eldritch's haunting baritone, it sounds just like a Mission album.

To call "God's Own Medicine" a gothic album would probably and technically be right.  But it was unlike any other gothic album.  It had a definite '60s, hippie vibe.  The guitars have a Celtic lilt to them. (I always liked the production of the guitars on this album.  They have a crystal clear sound to them that reminds me of a harpsichord.)  Their songs evoke images of faerys, mushroom circles in the forests, and unicorns. 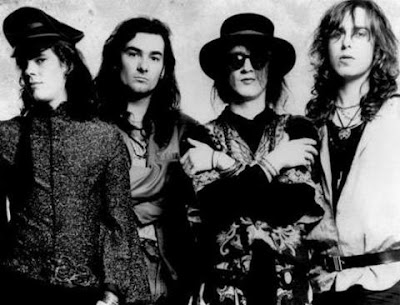 Back to Wayne Hussey's lyrics, Andrew Eldritch - in an interview on MTV's "120 Minutes" - accuses Hussey of picking up novels and selecting at random flowery words to put in his songs.  Whatever the case, his lyrics are vibrant and scented, evoking delicious images.  As a teen, I didn't relalize it, but, as adult, I realize that just about every song is about sex.  Pretty much every song.  Sexual metaphors couched in poetry.  "Garden of Delight", "Stay With Me", and take this selection from "Love Me To Death":

Is it me, or is it hot in here?  Most of their songs read like romance novels.

But really, I am happy to have this album again after all these years.  After Hussey's haunting confession, the song starts with the eerie melody of "Wasteland".  The next song - "Bridges Burning" has a lovely, hellish chorus of men screaming in torment, presumably burning.  The next song is "Garden of Delight" is a moving melody to set to a chamber orchestra.  Once again, Hussey's lyrics are musical, but, not only laden with sexual references, but also drug allegories:

"Sacrilege" is a rousing anthem that reflects their penchant for Celtic melodies.  I can almost picture leprechauns cavorting to this song.  And, of course, my favorite song will always be "Sevrina" - a hymn to a dancing libertine, a "star child, baby born in heaven" who believes in the "midnight trance" and the Thelemic "love is the law".  The chorus consists of the plaintive wail of the woman that gives such atmosphere to this song.

When the Mission came to Arizona for this tour, they played in a small club in Chandler called Prisms.  I didn't go, but my brothers went.  One of them observed that every single member of this band was a giant and seemed to tower over everyone.  The next time they came to Arizona, they opened in a sold-out arena for Robert Plant.  They were booed off the stage when they did a cover of Aerosmith's "Dream On".  That always upset me.

Their next two albums were great albums, but none of them had the same flare as their first album did. In the '90s, they veered off into electronica, like many rock bands from that era did.  None of it was that interesting to me. 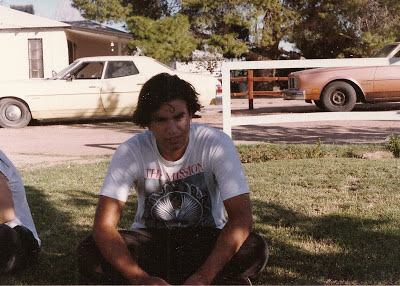 Moroni Jessop & Family
Moroni lived as a Mormon polygamist for thirteen years. He lives in rural Arizona with his wife, along with children from his two marriages. Moroni has tried to change people's perception of plural marriage as a valid lifestyle choice for consenting adults. Moroni blogs about his lifestyle choice, religion, movies, music and books. He is NOT FLDS, does NOT believe in underage or arranged marriages, and he does not condone the abuse and mistreatment of women and children in polygamy. He believes that - if lived properly - it can be a rewarding and dignified lifestyle for husbands, wives and children. Moroni and his family have been featured on C4 in England and M6 in France. In the USA, they have appeared on programs on TLC and the History Channel. He has also been a guest on NPR. Moroni speaks Spanish, French and Italian. He is currently working on several books - works of fiction, and also a book about his lifestyle.